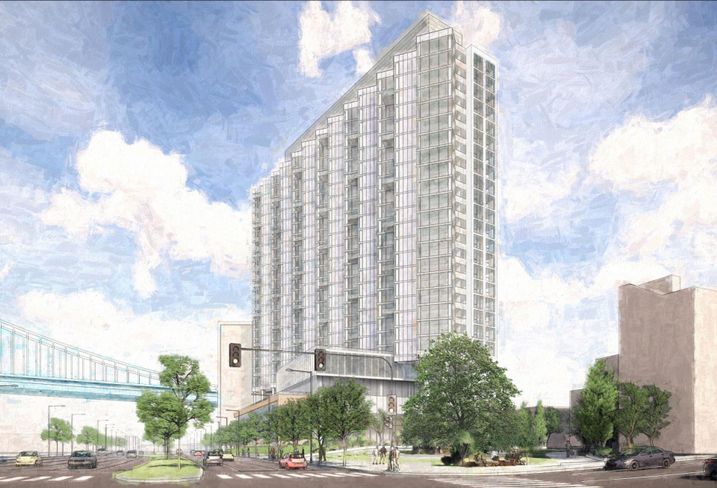 The Durst Organization has revealed plans for its first development outside of New York. The company has closed on the purchase of a 1.6-acre parcel at Vine Street on the west side of Christopher Columbus Boulevard for $10M from the Delaware River Waterfront Corp.

The closure comes a year after the deal was first announced, after which Durst and DRWC “worked closely together” to create a plan to preserve the waterfront site’s public benefits, Durst said in a statement Tuesday.

Durst plans to build a 25-story multifamily tower with 10K SF of retail at its base, which will be elevated according to the 100-year flood plain, the Philadelphia Inquirer reports. The developer’s preliminary plans for the site, now covered by a parking lot, call for about half of the acreage to be converted to a public park. Durst expects to break ground in early 2021.

DRWC’s requirements for the sale include Durst’s agreement to study and preserve the archaeological heritage of the lot, which contains the remnants of a shipyard built in the 1600s and a 19th-century landfill. To the rear of the property sit the Wood Street Steps, the last surviving pedestrian pass-through to the Delaware River out of 10 planned by William Penn when he founded Philadelphia.

The building, for which Durst is targeting a LEED rating of Gold at least, is being designed by Handel Architects. The public park section, designed by Starr Whitehouse Landscape Architects and Planners, will sit atop the former shipyard, which includes what some historians believe is the only surviving boat slipway from the 17th century on the East Coast, the Inquirer reports.

The archaeological process is being overseen by the Philadelphia Historical Commission and the Pennsylvania Historical and Museum Commission. Durst said in a statement that it has completed its due diligence of the site to “help inform the full excavation and documentation of all areas of the site that will be disturbed by construction.”

The Vine Street lot, as the site is called, sits across Christopher Columbus Boulevard from the other parcel of land Durst owns in Philadelphia, a collection of six piers currently occupied by a mix of dining and entertainment retailers. The New York company purchased that property from Brandywine Realty Trust in 2017, and has yet to reveal any development plans for the site.

Durst claimed in its press release that it will contribute to the city’s affordable housing, saying it “understands the value in leveraging market-rate housing to fund affordable opportunities for working families.” The company will pay into the Philadelphia Housing Trust Fund in exchange for a density bonus in the city’s zoning code.

Just to the south of the Vine Street lot sits PMC Property Group’s One Water Street apartment building. PMC Property Group infamously reneged on a promise to set aside a portion of the units there as affordable housing.

Read the full article at Bisnow. 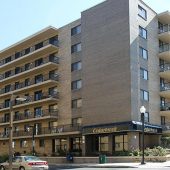